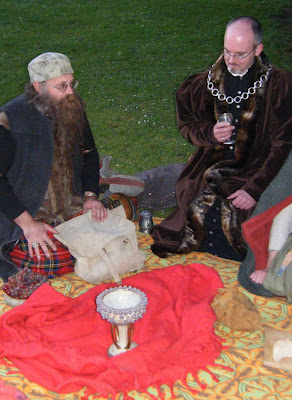 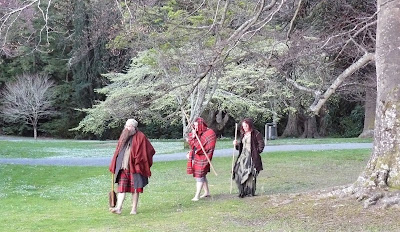 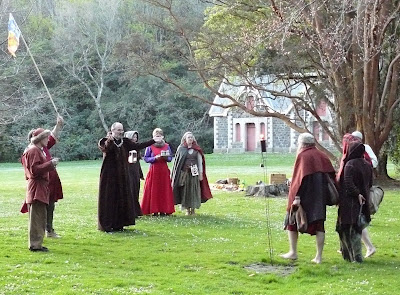 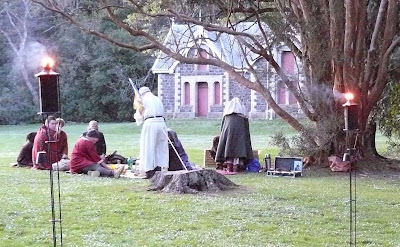 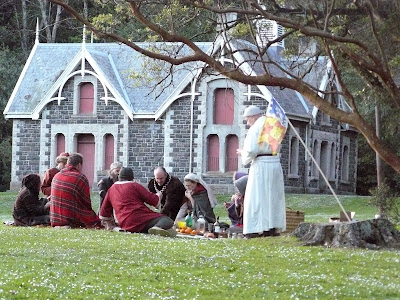 The 13th of October was the date in 1307 on which the Pope and King Philip IV of France raided the Knights Templar across Europe. This is reputed to be the origin of the Friday 13th superstition.
Photos by David O Kane.

A report from Templar Asaka:

It was this date in 1307 that the Pope and the King conspired to the downfall of the Templars.

We are in the lineage of these fine folk, so a meeting with the Society for Creative Anachronism was arranged.
We were challenged, who comes to Castleburn? I answered that we were technically Outlaws by now, and would they listen to our take?
Well received food and drink awaited us. I told them all we were running from the Papal denouncement and were told to reveal as much of the Templar knowledge as we knew least it become lost again forever.
We gifted the folk of Castleburn with a fine Graal and gave it to the safe keeping of Bro Gawain.Some esoteric ideas on the Chalice were given.
Further feasting and tales of the east , before the pipes lead us in some olde dances. I took the bodran and began to dance with the pipes as the 6 dancers paired off in a series of great dances.
Several toasts to the planetes in the sky were made as the sun set, Venus, Jupiter and the Moon. Pan was called again. Boy this made the wind get going blowing the many old trees around.
Some more tales around the "fire" with pipes and other wind instruments before we took our leave least we incur the wrath of the King and Pope upon the village.
Azaka.